Lidija Georgieva has been practising yoga since 1981 and teaching it since 1984. She learned yoga from many teachers from India and Europe. 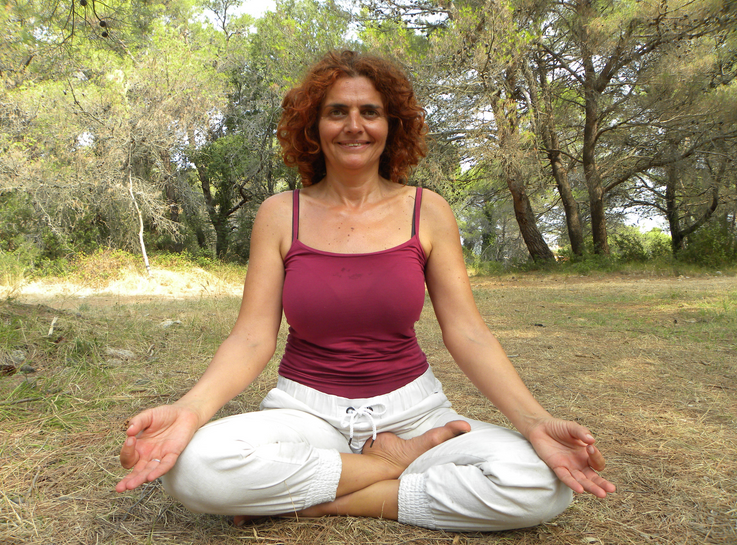 She founded the Yoga Centre Taftalidže, Skopje in 1996 and has been running it successfully since then.

She has worked with thousands of practitioners, both beginners and advanced, in Skopje and other towns throughout Macedonia as well as with residing foreigners. Also, she has been holding classes on meditation, specialized programmes for pregnant women and elderly people, and therapeutic courses for spinal and heart diseases, asthma, diabetes and other psychosomatic diseases.

She also conducts individual programmes for healthy living and personal spiritual development. Organizess and holds seminars and lectures on yoga.

For over 20 years, during the summer, she has been holding yoga classes on the Croatian coast, with over 500 practitioners from Croatia, Slovenia, Germany, Italy, Austria, Norway and England.

Training and Seminars she attended:

Graduated from the Faculty of Architecture in Skopje in 1987.